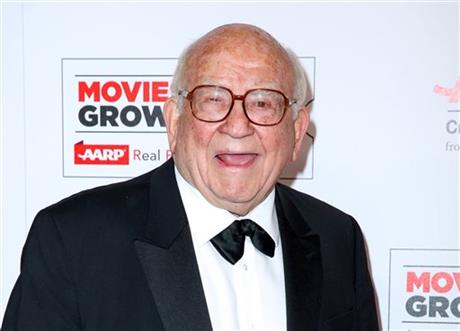 In New York, Emmy Award-winner Ed Asner will team up with actress Jayne Atkinson to read "The Soap Myth" at the New York Public Library for the Performing Arts at Lincoln Center.

"We live in a word where ant-Semitism is growing by leaps and bounds," said Asner, who lost relatives fighting the Nazis. "That's why I'm doing 'The Soap Myth.'"

The annual event, launched by the National Jewish Theater Foundation, draws upon the over 600 plays in their Holocaust Theater Catalog at the University of Miami, the first comprehensive archive of theater materials related to the Holocaust.

This year's remembrance day comes at a time when immigration is a hot-button issue and Europe faces a refugee crisis unseen since World War II.

Asner noted that Germany is "trying to repay for crimes of the past" by taking in Syrian refugees but America is only offering "a cold shoulder."