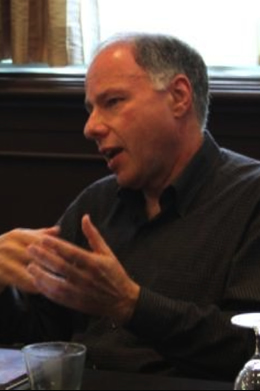 Dr. Alvin (Al) Goldfarb is the child of Holocaust survivors and a nationally known theatre educator and administrator. Al served as chair of the department of Theatre, Dean of Fine Arts, and Provost and Academic Vice President at Illinois State University. Al served as President of Western Illinois University from 2002 to 2011, when he retired.

Throughout his distinguished administrative career, Al continued to teach and publish. He has published articles and reviews in leading journals. In addition to his textbooks Theatre: The Lively Art; Living Theatre; and An Anthology of Living Theatre, coauthored and coedited with Ed Wilson, retired theatre critic for the Wall Street Journal, Al also coedited, with Rebecca Rovit, Theatrical Performance during the Holocaust, which was a National Jewish Book Award finalist.