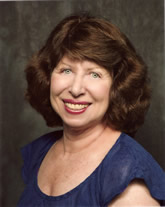 Janet E. Rubin, Ph.D. is a respected scholar, theatrical director, teacher, consultant, and arts educator. She currently teaches for the Visual and Performing Arts, Humanities, and Speech Departments at Eastern Florida State College. In addition to teaching and directing at EFSC, Janet also directs for Surfside Playhouse in Cocoa Beach, Florida, oversees their youth theatre program, and serves on their board. Rubin has authored or contributed to ten books, published numerous articles, and received funding for various research projects. She frequently presents her work at conferences around the world. She has served as Educator in Residence at the University of Mysore (India) and at Ballarat College of Advanced Education (Victoria, Australia). She has served as President of the American Alliance for Theatre and Education, a national professional organization for theatre educators and artists. As a Visiting Fellow at the Center for Advanced Holocaust Studies at the United States Holocaust Memorial Museum, Rubin engaged in research which resulted in publications on using drama to teach about the Holocaust. Her books include Teaching About the Holocaust Through Drama and Voices: Plays for Studying the Holocaust, along with the co-authored books, Images from the Holocaust and Learning About the Holocaust: Literature and Other Resources for Young People.

Formerly, Janet taught at Saginaw Valley State University in Michigan where, during her twenty-seven year career, she was the recipient of numerous awards, including the Earl L.Warrick Award for Excellence in Research, the Rush Distinguished Lectureship, and the Barstow Humanities Seminar Directorship. Among many professional endeavors, she has served as a panelist for the National Endowment for the Arts and the Michigan arts and humanities councils. Dr. Rubin received her Ph.D. from The Ohio State University.