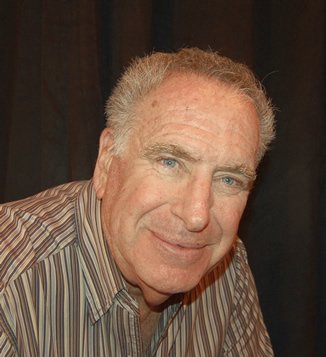 President and Founder of the National Jewish Theater Foundation

ARNOLD MITTELMAN is a Producer, Director, Educator and Author with a nationally recognized career of artistic and educational achievement. He has created almost 300 diverse productions of plays, musicals and special events in all art forms. He helped found and/or lead five major not-for-profit theaters including the acclaimed New york Free Theater, The Whole Theater Company and The Coconut Grove Playhouse. Employing innovative development strategies, he has launched numerous world premieres and commercial theatrical productions for Broadway, Off-Broadway, National Tours and the West End. His distinguished teaching, educational and innovative training programs have accompanied his body of work. In 2007 he created and was named President and Producing Artistic Director of the National Jewish Theater Foundation, Inc./National Jewish Theater (NJTF/NJT) which celebrates the cultural significance of Jewish history, themes and creativity including significant Jewish playwrights, composers, lyricists, authors and performers. Mr. Mittelman guided by a prestigious Board of NJTF/NJT Advisors developed the first comprehensive production and research-oriented, Holocaust-related Theater Catalog (HTC). Mr. Mittelman is founding director of the NJTF/HTII Holocaust Theater International Initiative, at the University of Miami Miller Center for Contemporary Judaic Studies, overseeing its work in research, education and production. The NJTF/Holocaust Theater International Initiative (HTII) produced and Mr. Mittelman directed the critically acclaimed NYC production of the stage and film version of The Soap Myth by Jeff Cohen. He founded in 2008 and served as President until 2018 The American Theater Festival Foundation. ATF extended the finest work of America's not-for-profit producing theaters to historic or underutilized presenting venues reaching otherwise underserved audiences. Both not-for-profit companies, supported by national and regional donors, have previously collaborated on critically acclaimed productions of Theodore Bikel in Sholom Aleichem: Laughter Through Tears and The Soul of Gershwin: The Musical Journey of an American Klezmer in major metropolitan areas, including New York City, South Florida, San Francisco and Toronto. Mr. Mittelman and the NJTF guided the development of the new musical play Words By: Ira Gershwin by Joseph Vass with productions in Los Angeles and throughout the United States. In New York city and London, Mr. Mittelman in association with NJTF produced the premiere of Rothschild and Sons, music and lyrics by Jerry Bock and Sheldon Harnick, book by Sherman Yellen.

Prior to his founding the NJTF/NJT and ATFF/ATF Mr. Mittelman was for over two decades (1985-2006) the Producing Artistic Director of the renowned Coconut Grove Playhouse (CGP) in Miami, Florida. Mr. Mittelman was responsible for more than 200 ethnically diverse plays, musicals, educational and special events performed on two stages (1100 & 200 seats) during his tenure at the Playhouse. These plays and musicals were highlighted by 30 World or American premieres and reinterpreted revivals, many directed by Mr. Mittelman. Forty Playhouse productions, featuring some of the industry's greatest theatrical talents and supported by innovative partnerships between the not-for-profit and for-profit sectors, transferred directly to Broadway, Off-Broadway, toured, or went on to other national and international venues. This body of work includes three Pulitzer Prize-winning playwrights directing their own work for the first time in a major theatrical production: Edward Albee - Seascape; David Auburn - Proof; and Nilo Cruz - Anna In the Tropics. Musical legends Cy Coleman, Charles Strouse, Jerry Herman, Jimmy Buffett, John Kander and Fred Ebb were in residence at the Playhouse to develop world premiere productions. The Coconut Grove Playhouse was honored by the participation of librettist/writers Herman Wouk, Alfred Uhry, Jerome Weidman, Terrence McNally and Mario Vargas Llosa. Numerous Tony Award winning actors, writers directors, choreographers and designers worked with Mr. Mittelman. (see selected production list and stars below). While at the Playhouse he oversaw the creation of an education program that included an ongoing professionally taught theatrical training curriculum, internships, scholarships and in-school touring program that commissioned and produced 35 socially relevant plays reaching over 200 thousand students and teachers.

As Producing Artistic Director, Mr. Mittelman headed an organization with an annual budget in excess of $6-$8 million. He supervised a year-round and seasonal staff of 60-100 people that included artistic, educational, production, marketing, fundraising and administrative departments. During his tenure the Playhouse generated well over $200 million in gross revenues, representing over $500 million in economic impact to South Florida. His productions have been seen by over three million attendees, including countless disadvantaged citizens, seniors and students. In addition, Mr. Mittelman led a team that received $20 million in government funding and $5 million in private sector support for emergency Playhouse renovations. During his tenure, the Playhouse was also the home of many other artistic events including music, dance, concerts, film festivals and television broadcasts. In 2006 Mr. Mittelman was the recipient of the prestigious George Abbott Award for Outstanding Achievement in the Arts

Before coming to the Playhouse and for more than a decade (1973-1984), Mr. Mittelman was Producing Director of the nationally acclaimed Whole Theatre Company, which he founded with other artists including Oscar-winner Olympia Dukakis. Mr. Mittelman had the pleasure of directing Ms. Dukakis in Brecht’s Mother Courage, Albee’s Who’s Afraid of Virginia Woolf and O’Neil’s The Touch of the Poet. He also directed Weiss’s Marat Sade and Pinter’s The Homecoming. The repertory of the Whole Theatre resident company emphasized classic American and Western European literature. Prior to the Whole Theatre he was a founder and director of the innovative New York Free Theatre where he created, for six years (1966-1972), original plays and musicals with relevant social themes; including racism and individual responsibility. He was also a co-producer of Shaw's Candida for CBS Television starring Blythe Danner. In 1984/5 he was lead producer and directed Alone Together at Broadway’s Music Box Theatre. He was also the sole producer of the Off-Broadway hit Visiting Mr. Green (1997/8) first starring Eli Wallach then Hal Linden which has received 300 productions all over the world and been translated in 27 languages.

Mr. Mittelman attended the High School for the Performing Arts and graduated with honors from Brooklyn College. He received his M.F.A. from the N.Y.U. School of Arts, where he was the first recipient of the Vincent Sardi Scholarship-established by Mr. Sardi for Mr. Mittelman. Additionally, Mr. Mittelman has taught and been on the graduate faculty of Rutgers University, under a grant he received from the Rockefeller Foundation, developing a new doctoral program in Applied Arts. He has taught or lectured at numerous Colleges and Universities including New York University, Columbia and The New School for Social Research. He is the co-author of Theater Arts and Self Awareness, a compilation of pioneering techniques in the development of self-esteem, reading, math, and positive behavioral change in adolescents. He is a co-author of Enacting History: A Practical Guide to Teaching the Holocaust through Theater, published by Routledge Press. He also wrote under contract for Universal Studios. Mr. Mittelman has been a member of the League of American Theatres and Producers, Actors Equity, and the Society of Stage Directors and Choreographers.

Mr. Mittelman has also headed many social service and educational projects: including the Youth Arts Development Program of Full Circle Associates of New York City, which worked with school systems and local community organizations using the arts as tools for personal, institutional and community development. He served as a consultant to the Montclair Board of Education, in New Jersey developing their gifted and talented program, assisted Montclair State College in designing expansion plans for the existing Fine and Performing Arts Department; was Executive Director of the Fort Lee Youth and Community Services, and the North Essex Development and Action Council which had centers of operation throughout Northern New Jersey, including youth service bureaus, art therapy and drug abuse prevention programs. He served as consultant to the Smithsonian Institute in its program using creative arts to enhance social awareness, combat drug abuse and prevent juvenile crime.