Since 2007, the National Jewish Theater Foundation—National Jewish Theater (NJTF) has presented theatrical works that celebrate the richness of Jewish heritage and culture. Under the leadership of its founder and President, Arnold Mittelman, the NJFT promotes the appreciation and preservation of Jewish musical and dramatic theatrical artists. As one of the foremost performing arts organizations to focus exclusively on Jewish theater, NJTF is committed to educating the public on Jewish content and themes. NJTF productions are presented to diverse audiences across America and throughout the world. 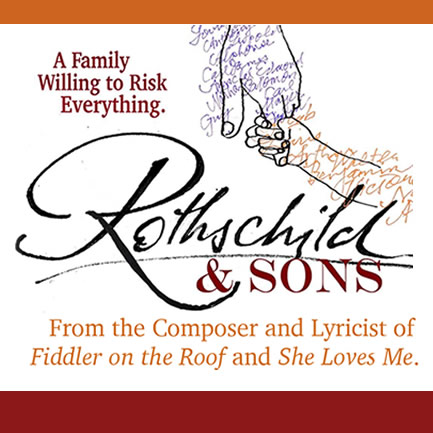 Music and Lyrics by Bock and Harnick, creators of FIDDLER ON THE ROOF
Book by Sherman Yellen

National Jewish Theater Foundation recently developed and Co Produced the new musical Rothschild & Sons. This reimagined version was inspired by the original Broadway show and depicts the rise of this extraordinary family to contemporary audiences. The show emphasizes the need to overcome anti- Semitism and all discrimination. Amazingly, NJTF creative staff was able to work with the original creators, the renowned lyricist Sheldon Harnick, book writer Sherman Yellen and the estate of composer Jerry Bock...

"For musical theatre lovers this makes for a must have ticket!"  Charles Isherwood, New York Times 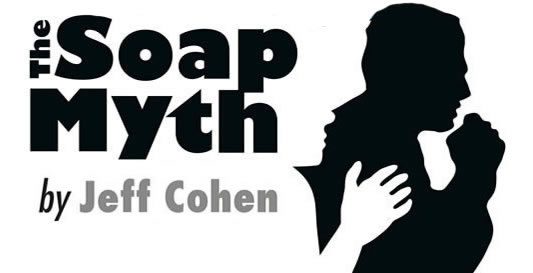 More than a half century after WW II at the desperate urging of a passionate survivor, a young investigative reporter finds herself caught between numerous versions of the same story. Played out against the backdrop of deadline reporting and journalistic integrity, the critically acclaimed The Soap Myth by Jeff Cohen questions who has the right to write history—those people who have lived it and remember, those who study and protect it, or those who would seek to distort its very existence? And finally what is all our responsibility once we know the truth?

Words By Ira Gershwin
A Musical Play By Joseph Vass

A touching play with music showcasing the life and lyrics of legendary librettist Ira Gershwin. From his early days writing comic tunes to Broadway and Hollywood stardom, two singers and a 4-piece band help Ira tell his story through his own words to music by Harold Arlen, Vernon Duke, Jerome Kern, Kurt Weil, and of course, his brother and favorite collaborator, George. 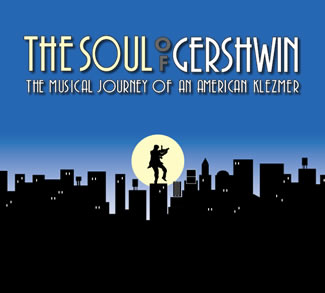 The Soul of Gershwin

Three master-class vocalists and a matchless onstage band wowed audiences with klezmer and jazz alike in this fascinating 23-song theatrical concert. Familiar all-time Gershwin classics, cleverly bundled with musical surprises, triggered resounding “aah’s” that rippled from front row to back of the house bringing theatergoers—young and old—to their feet.

George Gershwin as narrator and storyteller takes audiences on a compelling musical journey that transports them back to his world: New York City in a burgeoning new century bustling with diverse cultural influences and seemingly disparate musical genres—Yiddish theater and Jewish liturgical melodies... popular tunes... folk songs… blues and jazz... opera… all serendipitously at hand to stoke his musical genius... the true soul of George Gershwin.

"works on so many levels one might have to see it twice..."
Howard Cohen, Miami Herald 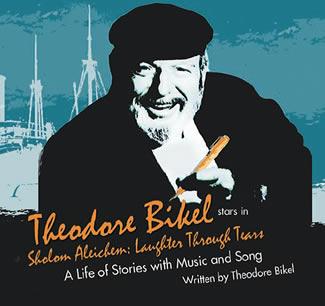 Sholom Aleichem’s stories introduced the world to Tevye the Milkman and inspired the landmark Broadway musical, “Fiddler on the Roof.” Theo Bikel played Tevye more than 2,000 performances onstage… Now as playwright and star, Bikel brings back to life one of literature’s most beloved authors and a bevy of the unforgettable characters he created.

He tells their stories… he sings their songs… he magically melds times long gone with matters that tug at our heartstrings even today. Singing in English and Yiddish, Bikel captivates his audience with an enchanting trove of music from Eastern Europe played live onstage by world-renowned musical director Tamara Brooks and acclaimed accordionist Merima Kljuco.

Sholom Aleichem’s last will and testament implored that we remember him only with laughter… and laugh you will as Theo Bikel’s heartfelt creation touchingly fulfills that wish.