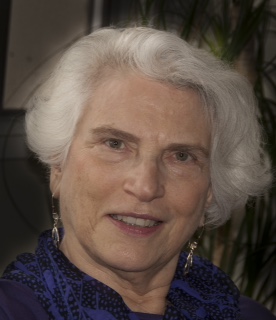 Dr. Rochelle G. Saidel is the founder and executive director of the Remember the Women Institute, a not-for-profit organization based in New York City since 1997 that carries out and encourages research and cultural projects that integrate women into history. Her own focus is on Jewish women, especially women during the Holocaust.

She is the author or editor of six books on various aspects of the Holocaust. Her book Mielec, Poland: The Shtetl That Became a Nazi Concentration Camp (Gefen Publishers, 2012) is partially based on research carried out as a Research Fellow at the International Institute for Holocaust Research at Yad Vashem, Jerusalem, in 2006. She is also the author of The Jewish Women of Ravensbrück Concentration Camp (University of Wisconsin Press, 2004), a National Jewish Book Awards finalist in the Holocaust Studies and Women's Studies categories. This book was published as a paperback in 2006, in Hebrew, 2007, and in Portuguese, 2009.

She is co-editor of Sexual Violence against Jewish Women during the Holocaust (Brandeis University Press/University Press of New England, 2010), part of the Hadassah-Brandeis Institute's series on Jewish women and a National Jewish Book Awards finalist in the Women's Studies category. She is the editor of a new and expanded edition of the memoir of the sister of former New York City Mayor Fiorello La Guardia, Fiorello's Sister: Gemma La Guardia Gluck's Story (Syracuse University Press, 2007). She is the author of Never Too Late To Remember: The Politics Behind New York City's Holocaust Museum (Holmes & Meier, 1996); and The Outraged Conscience: Seekers of Justice for Nazi War Criminals in America (SUNY Press, 1985, electronic edition, 2012).

She curated an innovative exhibit and authored an accompanying catalog entitled Women of Ravensbrück, Portraits of Courage: Art by Julia Terwilliger for the Florida Holocaust Museum in St. Petersburg, FL, and also curated a permanent exhibit about rescue to Oswego, NY, entitled "Bitter Hope: From Holocaust to Haven," at the New York State Museum, Albany, as well as a temporary exhibit about Gemma La Guardia Gluck for Hebrew Union College-Jewish Institute of Religion, New York.

She has also worked in television and film, serving as a consultant for and appearing in Where Birds Don't Sing produced by Rosemarie Reed and Triangles: Witnesses of the Holocaust produced by Ann P. Meredith. She was also a consultant for other documentary films about women and the Holocaust, including Screaming Silence produced by Ronnie Sarnat and Return to a Burning House by Anna Gruskova and Mirka Molnar Lachka, as well as some still in production. In the late 1970's she produced and moderated From Hitler to Uncle Sam: How American Intelligence Used Nazi War Criminals, a television documentary series, as well as creating, producing, and hosting Heritage and Destiny on the Albany, New York ABC-TV affiliate.

She was a National Endowment for the Humanities Summer Seminar Visiting Scholar for a seminar on Cultural Responses to the Holocaust in America and Abroad, Brandeis University, 1996. She represented the Center for the Study of Women and Gender, University of São Paulo, at the NGO Forum on Women at the United Nations Fourth World Conference on Women, Beijing, 1995. She won the National Foundation for Jewish Culture Musher Publication Prize to facilitate the publication of a doctoral dissertation on Jewish life, 1994; and the Meinhart Speilman Dissertation Bequest, City College, Jewish Studies, 1992. She was a senior researcher at the Center for the Study of Women and Gender at the University of São Paulo, Brazil for some twenty years and has also been an Associated Visiting Scholar at the Center for the Study of Women and Society, The Graduate School and University Center, City University of New York; a Fellow of the Salzburg Global Seminar; and a Distinguished Visiting Scholar at the Philadelphia Center on the Holocaust, Genocide, and Human Rights. She was a member of the National Commission for Catholic-Jewish Religious Dialogue in Brazil, the first woman appointed to the commission by the National Conference of Brazilian Bishops. Among other honors, in 2015 she was named one of 21 Leaders for the 21st Century by Women's eNews.

A native of Glens Falls, NY, Dr. Saidel received her PhD in Political Science from The Graduate School and University Center, City University of New York. She served for nine years as a special assistant to the Democratic leader of the New York State Senate, with responsibilities that included Holocaust education and planning for the Museum of Jewish Heritage in New York City. She currently divides her time among Jerusalem, New York City, and São Paulo.