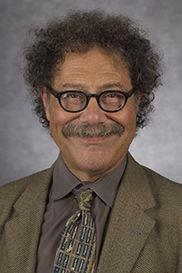 David Y. Chack is on faculty at The Theatre School at DePaul University in Chicago and is also Executive Director of the Alliance for Jewish Theatre, a worldwide organization for professional and semi-professional theatremakers. He has produced and/or directed theatre in Chicago, Los Angeles, New York, Boston, and Louisville through his theatre project ShPIeL-Performing Identity. He is co-developing and co-producing the 2018 World Premiere of “The Green Book” by Calvin A. Ramsey, with Pegasus Theatre and Artistic Director ILesa Duncan and Joan Mazzonelli in Chicago. He facilitated the first major exhibition on "From the Bowery to Broadway: The Yiddish Theatre and New York Theatre" at the Museum of the City of New York. He has also written numerous articles on theatre for American Theatre, HowlRound, All About Jewish Theatre, The Forward, Chicago Jewish News, and other periodicals. He did his doctoral work (a.b.d.) at Boston University under Nobel Peace Prize Laureate Elie Wiesel, the author of "Night" and at Tufts University with renowned theatre scholar Laurence Senelick, and he has a BFA in acting from Tisch School of the Arts at New York University and Circle in the Square Theatre.