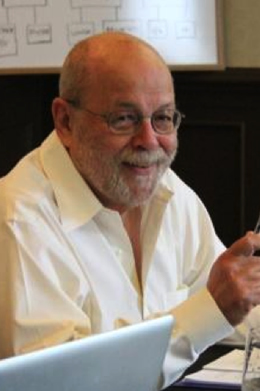 Dr. Haim Shaked has been a tenured Professor of International Studies at the University of Miami (UM) since 1988. He has been the incumbent of the Dr. M. Lee Pearce Chair in Middle East Peace Studies (since 1993).

In September 1998, UM announced the creation of the Sue and Leonard Miller Center for Contemporary Judaic Studies and appointed Dr. Shaked as its Founding Director. In 2005 he was also appointed Director of the George Feldenkreis Program in Judaic Studies, at the UM’s College of Arts and Sciences. Dr. Shaked has also served at UM, since 1986, as the Director of the Middle East Studies Institute. From 1995-2000, Dr. Shaked was involved in the creation of the first private (not-for-profit) university in Israel: The Interdisciplinary Center, Herzliya.

From 1969-1998, Dr. Shaked was on the faculty of Tel Aviv University (TAU) where he attained the rank of Full Professor (tenured). He was a co-founder (1966) and later (1973-80) Head of the Moshe Dayan Center/Shiloah Institute for Middle Eastern and African Studies. At Tel Aviv University he also served as Dean of the Faculty of Humanities and member of TAU’s Board of Trustees and its Executive Committee as well as of the University Senate and its Steering Committee (1975-80). He took early retirement from TAU in Summer 1998.

Professor Shaked’s academic specialization is in the modern history and politics of the Middle East; Islam as a political force; and Arab-Israeli relations. He was the co-founder and editor of the annual publication Middle East Contemporary Survey (24 volumes published). In addition, he founded and edited the first fully computerized, comprehensive bibliography on the Middle East, Mideast File. He has also authored and edited several books and numerous articles about the Middle East.

Prof. Shaked is a member of the Board of Advisors of the University of Oklahoma’s International Programs Center/Center for Peace Studies and the Board of Editors of the Middle East Quarterly. He is a member of the Academic Councils of the Canadian Institute for Jewish Research; of the Ben Gurion Institute for the Study of Israel and Zionism, Ben Gurion University; of the Steering Committee of the Kinneret Institute for the Study of Society, Security and Peace (named after Lt. Gen. Dan Shomoron); and of the Steering Committee of the Institute for Galilean Archaeology, the Kinneret College.

For over four decades, Haim Shaked has been invited to participate as keynote speaker, lecturer or scholar-in-residence at classes, seminars, panels, lecture series, briefings, colloquia, symposia and conferences on the Middle East held in Israel, England, Canada, Mexico, India, Australia, Germany, France, Italy, Greece, Sweden, Jordan, Turkey, Puerto Rico and the United States. Professor Shaked has also served as a consultant on the Middle East to private and governmental bodies.