'This is What I’ve Scene' 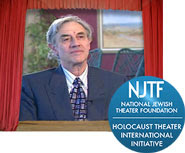